Weak Ankles- How Does Self-Perception Affect Your Sales?

Supportive Beliefs Can Help or Hurt Your Sales Numbers!

Tom was 10 years old when he learned many of his classmates and friends were joining Traveling Hockey. 8 months of weekend travel and tournaments sounded like a blast. New hotels every weekend, pizza, ice cream after games, eating out, new gear and apparel to match came with the game. What’s not to love about this from a 10 year olds perspective?

Tom asked his dad if he could join and got the general dad answer, ‘I’ll look into it”. 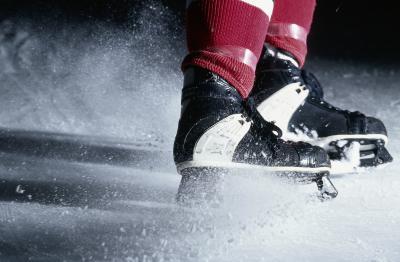 Two weeks passed by and Tom enthusiastically asked his dad again, “ Hey Dad what about the hockey league?”   The answer was strange and so strange it was acceptable to Tom. “I’m sorry son that won’t work for you as you have weak ankles.” That was a shock but there was no pushback. Tom simply accepted he had weak ankles and pursued, other interest like school baseball and basketball.

Fast forward 12 years. Tom is 22 years old and home from college for the weekend. He’s hanging around in the kitchen with his buddies and one friend brings up the fact that Tom never played hockey and how weird that was. Tom defends his position and reminds his buddies he has weak ankles. From across the living room, hidden from view was dear old dad facing the other way in his recliner. Without any emotions, subtle premises or consideration to protect Tom from reality, dad speaks, “I’m sorry about that son, you don’t have weak ankles it was just too expensive for us to travel every weekend.”

What, I don’t have weak ankles? I’ve believed my whole life I couldn’t play hockey because I had weak ankles.

Tom was told by an authority figure in his life he had weak ankles and he believed it without question.   What beliefs have you accepted that may have and may still be impacting your sales productivity or the productivity of your team? We call it Supportive Beliefs. Or better yet Non-Supportive Beliefs.   One of the findings in our unique and world-class sales analysis is just that – Supportive beliefs. We identify for 66 different Non- Supportive Beliefs with Sales and another set for Sales Leadership.

When we identify the list of Non-Supportive beliefs we don’t even have to leave the office to know the outcome of the sales call or the coaching call. It’s pre-determined.

You can’t just put sales people in training and expect them to grow. You first have to identify why they are not selling, and why they are not doing what you told them to do the first, second and last time. Focus on the problem does not address the cause of the problem and that is why most training programs fail, become stale, and don’t’ provide equity form your investment.

Are you ready to know the truth? What beliefs have you accepted that are causing your lack of success. If you knew them you could have fixed them already. Are you ready to find out what is keeping you or your team from selling more?

If you watched Thursday Night Football on Prime, did you notice anything different?

Take a moment to define a high performing salesperson 12 months ago. Now